"Thi​​s area is now covered with the stench of dead and wounded. The captured VC equipment has the ugly odor of blood about it. Tomorrow will be an awful day." 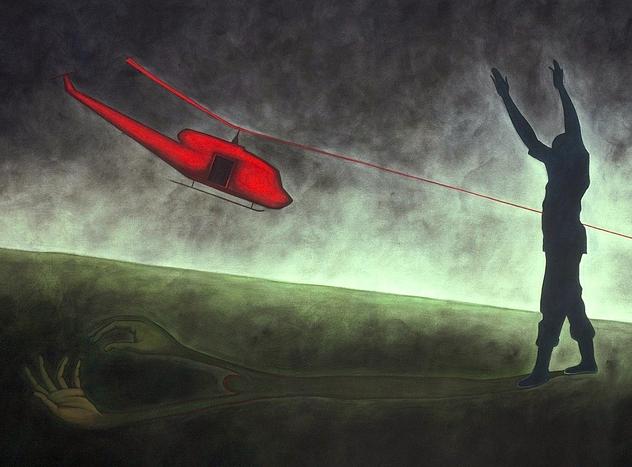 When another generation of American soldiers was sent to invade a distant nation at the start of the Gulf War in 1991, I began work on the Long Shadow series of paintings. I examined hundreds of photographs I took as a combat journalist with the 1st Infantry Division during the war in Vietnam in 1965-66. Imagery in the paintings refers to some of the photos. For each painting I also chose an excerpt from a journal I kept during the war. I completed the sixth canvas in the Long Shadow series in 2013.

My hope was to illustrate with paint my dismal, frightening, and emotional memories of war. I didn’t anticipate the unexpected impressions of bloody explosions, violence, and loneliness that the work brought forth.

As a veteran, I’m grateful to work as an artist. Visual art is a peaceful outlet for the inner residue of war. Along with art, the love and support of family and friends, activism for peace and justice, a spiritual path, living in the country, and writing have come together to make life precious beyond words.

Not a single day has passed in 50 years when I don't think of some aspect - a detail - of the war in Vietnam. Every war, past, present, and to come, casts a shadow of trauma. Veterans return home with that shadow permanently attached to their psyches, and the shadow is cast onto their families, friends, and communities. The antidote to the contagion of war is peace. But the peaceful cure is preempted when young people are sent to another war, which will truly end only with the death of its final survivor. 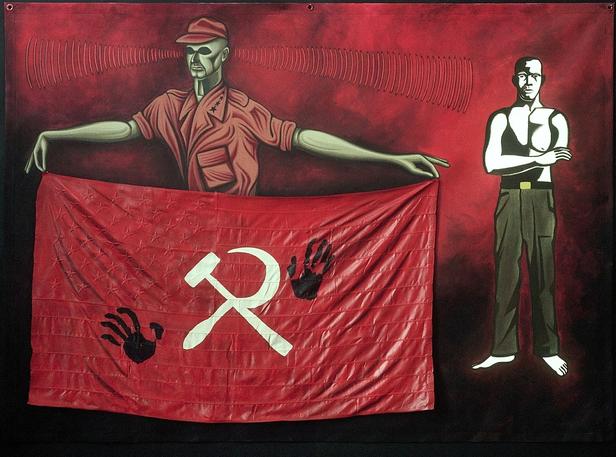 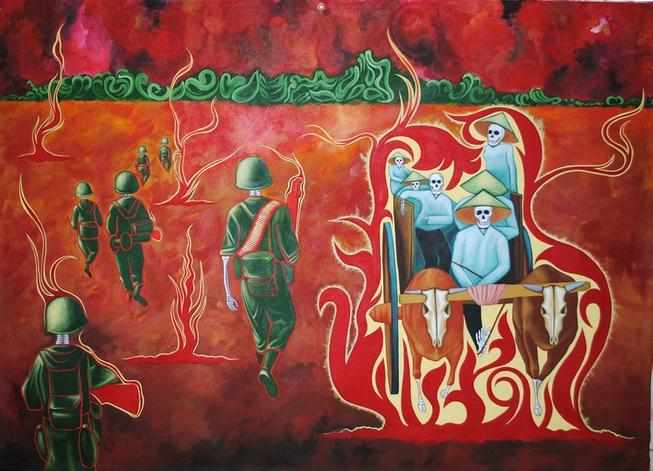 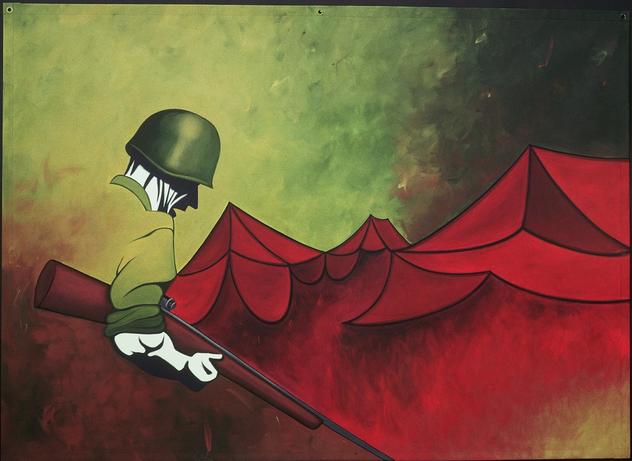 In 1985, I designed the Dove of Peace effigy mound, inspired by Native American earth mounds. It was built in 1989 at The Highground Veterans Memorial Park, Neillsville, Wisconsin. The mound measures 120 feet in length and width. It includes earth from all 72 Wisconsin counties, many U.S. states, and other nations including Vietnam. 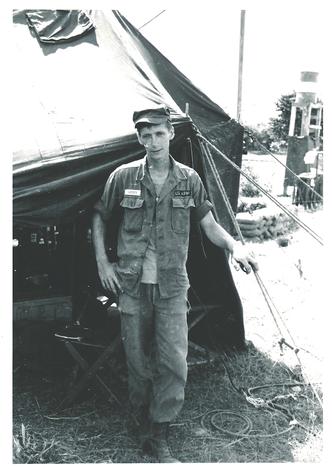 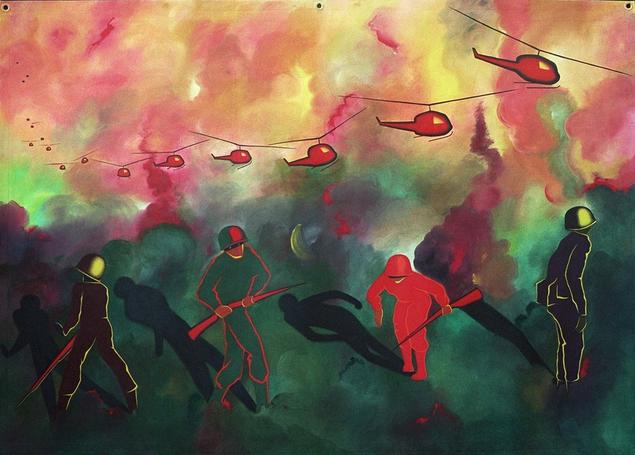 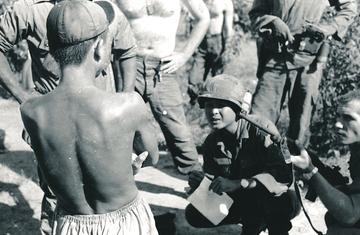 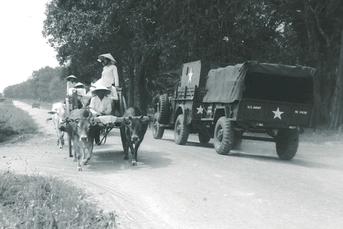 "This morning a dead VC and a badly wounded one were brought to the aid tent. The wounded man was silent and frightened. The corpse was badly mangled with a large hole from jaw to the back of his skull and his knee was blown apart. They were both small, even petite, dressed entirely in black and barefoot."                              (October 21, 1965) 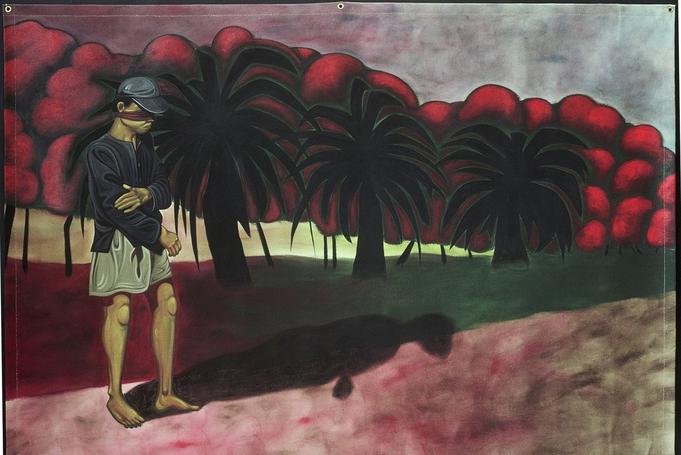 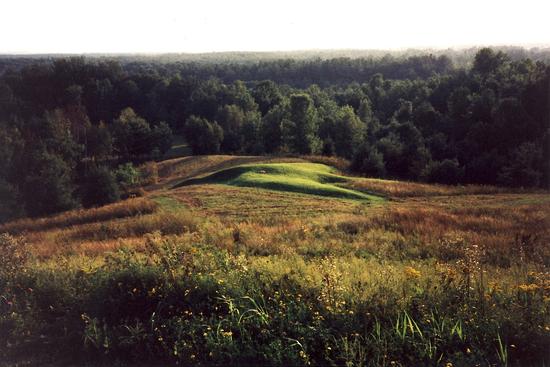 "We landed this afternoon and covered about 1200 meters of jungle…numerous rice caches burned as well as some homes. I drank just half a canteen of water all day. I should be able to go another day before looking for water."